Concord Monitor Believes Govt is Entitled To Our Money? 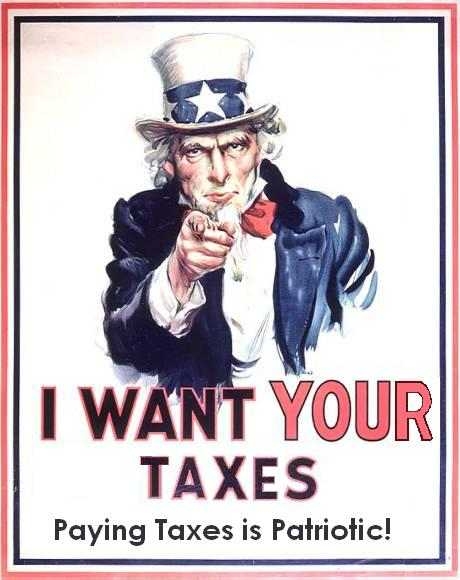 The Concord Fishwrap has a piece from the AP on the tax package going through Congress right now with the loaded title: “Tax Package would lower top tax rate for wealthy Americans.” As if that’s all it does.  Not that I am surprised – the CM is always the Progressive mouthpiece for Marxist class warfare (do wonder what the Publisher pulls down – most likely part of the 1%, but no matter – breaking eggs, omelets and all that).  Here’s the line that caught my eye.

“..negotiators agreed to cut the top tax rate for individuals from 39.6 percent to 37 percent in a windfall for the richest Americans…”

Here was my response:

Wow! So in printing this from the AP, the Concord Monitor wishes to leave the impression that the Government is GIVING a windfall to those that work and earn a lot? That it is taking money from others less wealthy to give TO the wealthy? A reverse Robin Hood?

I guess I’ve been under the wrong impression all these years – that the money anyone earns is THEIRS. Their time, their labor, their skills – turned into Private Property / wealth. The Concord Monitor, however seems to want to redefine “windfall” to now mean that Government gives them that “windfall” money outright instead of the correct way in stating that the rich will just keep more of their money that they earned.

Say, does the Concord Monitor, in its leftist leaning manner, believe that Government has first dibs – that our money really isn’t ours but belongs to thGovernment and that Government is ENTITLED to keep it?

But then again, whatever might benefit the people and “disadvantage” the government is worthy of printing.  It’s like airconditioning for your mind, these news outlets.

*While GraniteGrok is down I will be blogging here. And while you are here, join the New Media Militia. Register your email or get updates on Facebook and Twitter.

4 Responses to Concord Monitor Believes Govt is Entitled To Our Money?