What Zandra Rice Hawkins Was Really Selling At Her “Fake” Sale 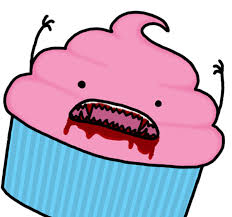 Zandra Rice “The Huckster” Hawkins of Granite State Progress (an out of state funded left wing group) staged a bake sale based on words she put in State Rep Jeanine Notter’s mouth.

Hawkins just decided that because Notter had more faith in individual responsibility and more local control that this guaranteed that people would suffer; that Notter’s solution meant people would need to have a bake sale to raise money to pay for cancer treatments if New Hampshire tried to opt out of the unconstitutional Health Insurance mandate.

I think this says a good deal about Zandra the Huckster’s world view and it’s not all that flattering.

First, if you live near Zandra you might want to move.  She clearly cannot be expected to help you out unless there is a state or federal mandate in place and a well paid bureaucracy to manage it at your expense.

Second, if she shows up at any local town meetings, kick her out.  Local control is clearly not her forte and given her position on its ineffectiveness, what you do in your town is none of her damn business.

Third, while Zandra was selling $10,000.00 cookies at her ‘Fake’ sale why didn’t she double down and try to sell the ravaged uterus’s of girls and young women misled (I’m sorry ’empowered’) by the lefts obsession with the over sexualization of children?  She could put those next to the lifeless fetuses from millions of innocent aborted babies.  Those should be big sellers with the liberals, almost impossible to keep the shelves filled the way they go on about it.

How about emotional trauma in a can–killing the unborn isn’t as easy for everyone as people like Hawkins would like you to believe.  And then there are the jars of sexual abuse salve–a disappearing cream that hides statutory rape and serial sexual abuse.  Planned Parenthood might not like the competition, but she can just give the money right back to them.  She could also have a separate table covered with small gilded cages in which parental rights are locked away.

Democrats love that.  And they make great paperweights.

Oh, and don’t forget to pick up the literature that lists all the other things the federal government can make you buy now that it can force you to buy Health Insurance.  Things like thermostats or meters the government can control, or vehicles that run on sunshine and bullsh*t that you can’t fit two people in, let alone a family.  There’s  a special menu of foods you are not allowed to eat, (like all the stuff she is pretending to sell at her ‘Fake” sale).  There is also a list of shows you are not permitted to watch, organization’s you are prohibited from donating too, people you are expected to hate, and words you cannot use (unless you hate them).

Zandra The Huckster’s world view is all about choices–made by experts far away (and useful idiots like herself) that you should just shut up and follow.

One other thing.  Zandra also want’s to make sure the government can tax the crap out of you to pay for all these things you can’t be trusted to deal with on your own.  And that’s really the problem  Zandra has.  She put the words bake sale in Jeanine Notter’s mouth because the Huckster cannot and will not trust you, your families, your friends, or your local government to do anything.  Only the almighty state should decide these things.

So for the record, Jeanine Notter never used the words Bake Sale.  Rice-Huckster made that up.  So I figure we can probably do the same thing to her the next time it seems convenient to do so, now that she has set (or re-set) the standard.

Thanks for the gimme Zandra, can’t wait to start using it.